Skip to content
HomeDan or A Shitload of Trouble

Dan couldn’t say he enjoyed his life much. Living in the middle of Phoenix was the closest thing to a hell on earth he could think of. Already, in just February, the temperature was almost ninety. He groaned while thinking about how the summer was going to be. 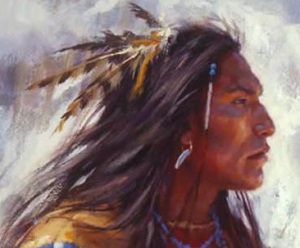 Add to this the miles and miles it took just to leave the track home suburbia behind him. It required a fifty mile drive just to see a plot of land without a house or business planted on it, not that he had time to head out into nature much. Dan worked full time, pushed himself through a master’s program, while helping care for his aging mother, who always acted like she was doing him the favor. Any little fragments of spare time he ever had were always eaten up by his school work.

After pushing back a long strand of dark hair, he sighed while lighting up a smoke. Even though his long work day was finished, he still had three hours of live classes and a forty minute commute home.

He took a long drag and then almost hit a car that suddenly slowed from sixty to twenty in front of him. He was just able to slam on the breaks in time, but as he watched, the car started to roll into another lane where a passing SUZ hit it full on. Both cars began to spin out of control and it was all Dan could do to remain clear of the explosion of glass and twisted metal.

Not knowing what else to do, he pulled over into the break down lane, but he almost didn’t make it as more cars went out of control and collisions occurred both before and behind him.

“What the hell,” he said aloud as he pulled over as far as the lane would allow. He saw a few other motorists trying to do the same thing, but those proved to be the exceptions. The majority of the vehicles plowed into each other. He had never seen such destruction outside of a disaster movie.

He decided that exiting from his pickup might be a safe call and he moved himself to the other side of the waist-high cement wall that lined the freeway.

Looking around he saw other people scrambling out of their cars and looking as confused as he was, but he turned his attention to those still on the road. A woman’s car coasted to a stop not far from him. Despite the risk, he rushed over to her ride.

Upon reaching the passenger window, he saw that she appeared to be unconscious. He banged on the window, but she didn’t move. He was banging again when one of the people on the side of the road yelled out a warning. Dan jumped back just in time to avoid a semi that raced out of control into the stalled car, which held the sleeping woman.

Feeling like his heart had just leapt out of his mouth, he stumbled back to the break down lane. Everywhere broken and burning cars filled the highway. He spotted more vehicles that had avoided the mayhem, but just stayed where they were. From the distance he could see several of them had drivers that appeared to be unconscious or sleeping. 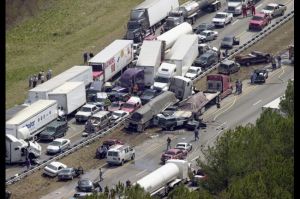 Taking in the drivers there seemed to be no difference between them and the people on the side of the road. Both men and women stood there in fear. Both old and young were affected and yet also immune.

“Must be some poisonous gas or something,” a man in his sixties yelled.

“Then why didn’t it affect us?” A young man in shorts with a sleeve full of tattoos asked.

A woman on the edge of panicking clutched a young boy in her arms. “Whatever it is has affected my son, what should I do?’

Dan joined the other two men, near the mother. The older man looked over the boy and concluded, “He looks like he’s breathing normally. He just seems to be asleep.”

“Neither will anyone else,” Dan said and then joined the others as they ducked down due to another giant explosion.

The older man straightened up. “The only thing we know for sure is that we’re in a shitload of trouble. 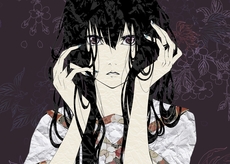 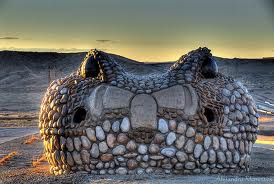