Most people were never asked into Fin’s residence. Several reasons for this existed, but the most obvious remained the hundreds of aquariums that lined the walls, that and the lingering odor. Despite the hundreds of snakes he kept within the various glass cages, it was really the mice and rats that he breed, which caused the most offensive smells. 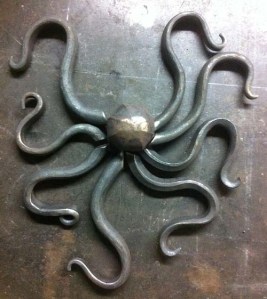 He was just tossing a large mouse into his Southern Arizona Gopher Snake’s cage when the room began to shake. His eyes grew wide with alarm as the aquariums began to rock on the shelves. For the first time in months he wished he didn’t live alone, but rare was a woman, or even a man for that matter, who was willing to live amongst so many serpents.

Setting himself to do his best, Fin flung his body against two of the larger selves. They bounced and rattled, but he refused to let go. He braced his back into the units while white knuckled fingers gripped the shelves on either side of him. So far he’d been able to keep the two selves upright, but all around him others toppled to the floor. Glass shattered and snakes found their freedom. Soon dozens of their sleek forms coiled and slithered around him.

Their movements left him mesmerized. Greens, oranges, greys…all swirling, mixing together until he couldn’t tell where one serpent stopped and the next began.

The quaking started to subside and it he had managed to keep his two biggest selves upright, but it looked like he still had a huge task before him. Shaking his head to clear it, he moved away from the selves, but just as he did a smaller aquarium on the top shelve tumbled over the side and struck him in the temple. The world spun and the still quaking earth didn’t help things.

He fell to his knees and then toppled forwards. The snakes moved everywhere. They swarmed over his body and crawled into his clothes. Arcs of color blurred and fogged soon they covered his face as they buried him under their serpentine masses.

He reached out for his cell phone, but his fingers fell away as a darkness claimed him.