You will learn that fangs are not something we Lack 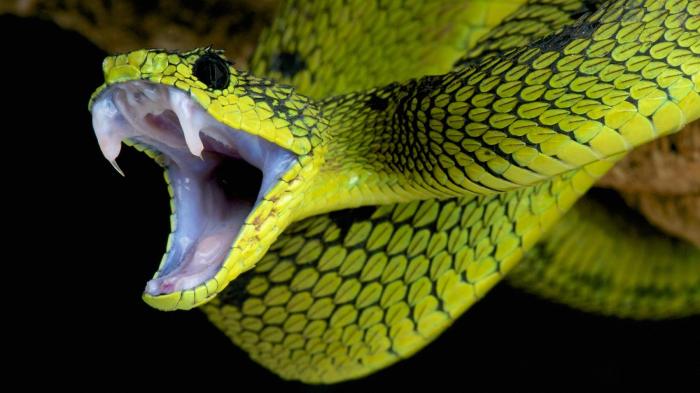 When evil arrives take a lesson from Jack

And learn we will fight Back

We strive to avoid being evil in any Way

But we can be forced to bring our Fangs into Play

Do not fuck with us or your feel our Wrath

And wish you had stayed out of our Path

Because remember this snake has Fangs

We try to avoid it and so should You

So Yig help us take up the Fight

And show the others we can Bite

Others should make sure they are not Around

When we are forced to bring the hammer Down

It is a time for warriors to prepare for the Fight

We take a Stand

To defend the Land

The enemies of the Earth are Numerous

They seek to devour Us

But the servants of Yig are Stronger

We will let the abuse us no Longer

In service to our Lord

We draw our Sword

Step up against the Dark

On evil we leave our Mark

No matter how they plot and Plan

Take them down to the last Man

Weapons flying we plunge into the Storm

So Yig protect us from Harm

Get in on some action with everyone’s favorite hero of Yig, JACK PRIMUS

What is Yig? Where did it come from? Why am I writing about it or better yet, why do I consider it the primary deity in my heroic pantheon?

First off, I should back up a little. Why the use of the word Yig? Yig was originally the name given to the malign serpent god as it was defined by HP Lovecraft. So why would I use this obviously factious term/name when there are so many serpent deities that have existed in the myths of real races. I could have picked anything from Quezecouthl to the Norse world serpent, Jörmungandr

Yig has been my choice for the All-Father serpent for many reasons. First, it has a primal ring to it. A basic symbol. Something you could imagine being formed by a non-human mouth. Also since it had no association to any specific culture or anything ‘real,’ I can see fit to use it as I like and incorporate it into the universal earth-serpent archetype as I will.

The serpent is a culturally universal image. Like it or hate it, the snake plays some type of role in the mythology of nearly every group of humans on the planet. From the bible to the Norse world serpent and from Hermes’ Caduceus to Mayan lore, the serpent plays an important rule in human evolution and how they comprehend the world we live in. For the ease of dialog, these serpent archetypes fall under the name Yig and give us a strong starting point for understanding the massage they convey.

Which brings up a unique feature of the serpent in mythology. Unlike most other animals and archetypes, the snake can be both good and evil, harmful or beneficial. Like the snakes ringing the Caduceus or the Double Helix, snakes often represent the duality of the universe. Like their bodies, they are the hill of the bell curve representing both sides as well as everything in between.

Yet in our paradigm, Yig stays consistent as well. He represents the male aspect of nature. He is life and the survival of the fittest. If the female is creation, Yig is destruction. Life that exists by taking life. But he is more than that. His is the wisdom of the forest, the strength of natural things, the freedom of the open spaces. Like a snake, he is the sperm that triggers life and all that comes with it. 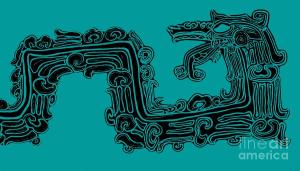 Despite his duality, Yig stands for many ideals. Life being one of them. Plant, animal, the Earth itself. The finite versus the infinitive. This concept is most obviously represented by the difference between the small regions where life exists as opposed to the endless lifeless voids of cold space.

Yig protects his planet and al that live upon it and rejects the mindless void, the cold null of the endless empty. He makes the is out of the nothing, which in the end is the most amazing thing… existence despite the impossibility of it.

End of Part I

Learn more about how Heroes gain strength from Yig Here

Lilly Ponds Arizona, for the first time in six years the delightful chorus of frogs can be heard echoing up from the Lilly Ponds as long as you kick a few people to keep their snoring down. 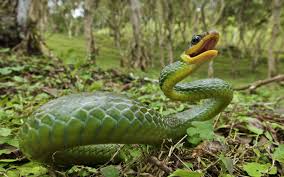 The high priest of Yig had this to say. “Ever since the Migo introduced crawdads into the Lilly Ponds, Yig’s loyal followers have done everything in their power to eradicate this invasive species and also win as many horseshoe games as possible. Now, after six years of struggle and hundreds of man hours, the frogs have begun to return to this beloved paradise. I…” The interview was forced to cease here as the big Viking of Yig burst into girlish tears. He was only able to choke out, “I love those frogs, man.”

The crayfish spokesman, Kenny the Crawdad was less pleased. “This is a travesty. Why should ingenious life be given special privileges? We deserve to eat whatever we please, even if we wipe out whole species and then refuse to leave a tip. Besides we promote life too. With the frogs dwindling, the populations of mosquitoes and black flies have never been higher.”

We also reached local ranger, Muscles McFitness. “When I first saw Zano and Bone down there, I figured they were just breaking the law any way they could, but when a giant crawdad severed my right arm, I knew that something had to be done. So I moved to San Diego and now I could care less what happens to those losers.”

The mad scientist William Lynn was also less favorable in regards to these developments. “Do you know how hard it is to dump crawdads into every body of water and stream in a whole state? Importing fish from Louisiana helps, but we mostly use the flying fungi of Yuggoth.” Sighing, he continued, “First, I have to open a portal to another planet, coax them through with honey, eggnog, glow sticks, and naked pictures of Diane Sawyer. Then half the time they eat the crawdads before delivering them, or they just dump them in the back of San Pelipis and fly off to devour poodles and listen to Disco while making love to toadstools.”

Lastly we contacted Saint Poncho. “All life is sacred, except those damn Palo Verde beetles.” After a ten minute discussion, we redirected him back to crawdads. “As I was saying killing is always wrong, unless it is something you don’t like, such as crawdads and lawyers and those damn Cleveland Browns. I hate that team. I’m not sure who I’d even vote for if they were through into the ring with Crawdads. I’d prefer they both eat each other to death. And did you know that if a crawdad pinches you, you become a zombie?” 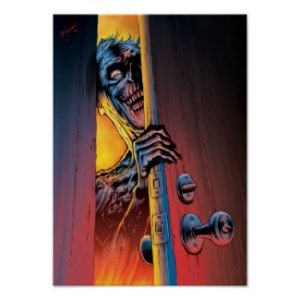 Reports still say they have a long way to go before the ponds and streams are cleared of this invasive menace, and they may have to run back into town for more beer and ice. Still the outlook appears good for the children of Yig and soon the lands might return to their natural state of beer, babes, Frisbee golf, and huge clouds of marijuana smoke drifting through the pines, oh yeah and frogs. 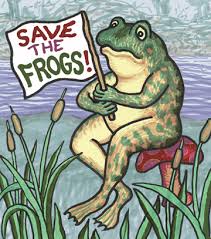