Some would seek to know

Back into the hollow we go

In existence long before our birth

Are we treasured or bringers of mirth

We want to rise above and prove our worth

Today we seek to journey into the knowing

Will little clue as to which way we should be going

Are there paths that you great Yig could be showing?

For we have no intention of slowing

Beyond our world, beyond even space

We know you dwell in that most holy place

So that we may one day see your true face

Learn more about how Heroes us Mystic archetypes here! 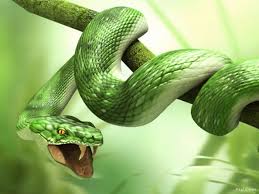 I wish to one with the Forest
and feel the Animals scampering over Us
On the Earth, in the air or Sea
The Woods always Beckon to Me
Yig Allfather, Feathered serpent, Snake
We fight for the Earth for its own Sake
Creatures of the Earth Deserve their Life
Followers of Yig, pledge to protect them from Strife

Animals also Surround me at Home
Please bless these as well for hard to them is impossible to Condone
All animals we wish to save and Protect
All things from Whales to the smallest Insect
They are our friends and love us in their own Way
Fight for animal freedom, each and every Day
For who are we to claim to be Above
When they put forth such primal Love

We were born with a Purpose
Save the world and protect the Forest
Animals need not be Alone
There are protected by heroes like Alex Bone
Environments crash and things are Hard
But need to save both the wilderness and our own back Yard
Thoughtless Humans we will be no Longer
We continue to fight, helping the world grow Stronger

Under and over I move through the trees.

In light or darkness I move as I please.

At one with the Earth

The bosom of my Birth

Food by fang or coils

Basking in the sun

A life of leisure and fun

Get in on more Hero of Yig Action Here

The Smallest strand of DNA
Circles Spirals, Expands Each Day
Just as a seed Planted in the Earth
Is required of the Largest Redwood’s Birth

I myself have Grown
From a child, moving into the Unknown
Now as a Man I stand before Thee
Both my mind and Body I wish to set free

Snaking through the History of the world I never Cease

Warrior of Life the souls of evil I Release

Only when nature is free, will I find Peace

I journey forth as a Leader this Day

Over all living things I hold Sway

No worthy blow shall I Stay

Humans are the takers yet givers of Life

Mighty Yig I seek to do your Bidding

Lead others against those who are so Unforgiving

We wish to cease the eternal Building

Taking to battle I led in the Front

Fighting, winning, pulling off every Stunt

Protecting all life from the mighty to the lowest Runt

With Weapon in Hand

We protect the Land

Leaving our enemy’s blood on the Sand

All Battles need a Leader

This one is far from Meager

To lead against your enemies I am Always Eager

So he my Plea

Send your Blessings Over Me

So that one day this Planet shall be Free

Learn More about the Heroes of Yig Here

I wish to one with the Forest

and feel the Animals scampering over Us

On the Earth, in the air or Sea

The Woods always Beckon to Me

We fight for the Earth for its own Sake

Creatures of the Earth Deserve their Life

Followers of Yig, pledge to protect them from Strife

Animals also Surround me at Home

All animals we wish to save and Protect

All things from Whales to the smallest Insect

They are our friends and love us in their own Way

Fight for animal freedom, each and every Day

For who are we to claim to be Above

When they put forth such primal Love

We were born with a Purpose

Save the world and protect the Forest

Animals need not be Alone

Environments crash and things are Hard

Thoughtless Humans we will be no Longer

We continue to fight, helping the world grow Stronger

Get more action from the Heroes of Yig Here

The Earth Flexes under Me

Holding the Soul of all I See

Warrior of the Earth am I

From the bosom of the darkest cave, to the Sky

This day I seek to go forth

Like all living things, I seek to be whole

I strive toward my goal, as a warrior

To be living, is to Create and explore

I wish to leave a positive mark on my world

I shall not slack or sloth, until I have done so

I seek my reward

It may be hard, but I shall not shirk

For the future I work

We only have so much Time

I want to maximize Mine

So much to do, things I must not Ignore

Whether it is job, personal work, or Play

From my Goals I will not Sway

As long as I am Alive

I will continuously Strive

I will always do my Best

Before I lay my head down to Rest

To leave my Mark

So Yig help me through the Tolls

Grant me the Power to reach my Goals

For servant of yours I Be

When I reach my final Goal I will be Free

Get in on the more Action with everyone’s Favorite Hero of Yig, Jack Primus

Terrible plagues drive at the Land

When mankind interferes with his Hand

Nature balances itself and its power is Keen

But when humans interfere the reality for the Animals gets Mean

Servants our here for the Earth

And shall protect the animals in their true place of Birth

So we can help guide the Earth toward its true Fate

Undul loomed big enough to be six people, which was fine because he certainly wasn’t human. He belonged to what most Xemmoni, at least in their rare moments of honesty, considered to be the most powerful race amongst their kind, the Caradon. Without a doubt, they remained the most numerous of all the species. They were the undulating horde, the crawling chaos, the unstoppable plague of formless flesh.

Undul himself was nearly as wide as he stood tall. His bloated body looked as if it might burst if his tight disease-blue armor was removed. Everything about him seemed rounded. His shoulders, arms, and his protruding barrel chest all gave one the impression of an overfilled sack of skin being pulled past capacity. His head was no exception to this and lay over his thick shoulders like a bloated tick feeding off a drying corpse.

But only fools let his form lead them to underestimating his physical power. Undul was known to remove heads just by clutching his fist. One minute a being would be talking to the giant, a second later it was a headless fountain of blood.

Rage ruled Undul’s life during the best of times, but his current state remained far from that. One of his primary problems revolved around his species’ greatest strength, their numbers. When one grows too large, the masses become harder to control and more beings of questionable intent enter your ranks.

Undul, like many of the members of the Dark Alliance set to decimate the pathetic planet they hovered over, was not from the glowing green ball of mud below them. The conflict, which shouldn’t have been a conflict in theory, centered around the fact that the Caradon were already the mightiest race of Xemmoni on the planet in question.

These beings were horrific and bizarre to the extreme and made even creatures like Undul seem human in comparison. Yes, the Caradon might be the most monstrous of the Xemmoni races, but at least most of them could converse. This system’s Caradon came in a wide ranges of beasts each more unbelievable and insane than the former. He’d already been forced to deal with evolved Fungi who hinted at other colossal entities who, if their hisses were to be believed, considered themselves nothing less than Gods.

Undul didn’t care for the idea that after all the effort he’d put into this war, he’d be getting talked down to or perhaps killed by some lazy slumbering nasty who should have been taking care of the work of destroying this slime ball of a world so he wouldn’t have been required to come here in the first place.

His dark musings were thankfully interrupted by one of his underlings, an Aliquist named Elos, entering the chamber. The Caradon were not just creatures of chaos and monsters, they were also the master of the cell and experts on manipulating life. Where many were foul, creatures like the Aliquists were fair. Perfection made in a test tube. Undul hated them to a man.

Elos stood for a moment. Light played over him as his armor caught patches of the dim blue hewed illumination and glimmered through his gold mane. “My Lord, Overlord Darken has informed me that our next conquest session will be commencing in a hundred-minute. Is there anything you might require from me?”

“Yes, perhaps you could kill all the other members of this inane counsel of six.”

Eros didn’t dignify Undul response with an answer. “I was told each of you may bring a second. Would you like me to attend or should I summon a scribe?”

“Scribe,” he laughed, which caused enough spittle to fly from his lips to fill one of his mugs. “What sort of intricate plan do you think such beasts can aspire to? At best it will be you smash here, you crush there. Pah!”

“Perhaps in this case it would be best to stay out of their paths.”

“Yes, but words and boasts usually fall short of deeds in my experience.”

“You will get no argument from me on that account… my Lord.” Elos paused, but when no further words came from Undul, he said, “And about the meeting?”

“Yes, yes, you shall be my second. Have a slave fetch me my war mug. I have a feeling I will need something to help me get through this one.”

Elos left without another word and left Undul staring out the ship window at the rotating blue and green ball floating below them.

Return for More End of the World Action Next Week